The Chorale offers an opportunity for talented singers to use their voices to promote and present high quality chorale music for the enjoyment of the Jackson community. No auditions are required to be a part of the Jackson Michigan Chorale. You simply need to be high school age or older and have a desire to sing. We rehearse on Tuesday evenings from 7 p.m. to 9 p.m. at the JSO Weatherwax Hall in Downtown Jackson. Come join us!

Our History and Mission

The roots of the Chorale go back more than 100 years. A newspaper article from 1911 mentions the fine singing of the Jackson Choral Society upon the occasion of a visit from President Taft. Many groups formed and dissolved over the years, but the present Chorale made its official debut in 1955 in an appearance with the Jackson Symphony Orchestra. The Symphony, in its fourth season at that time, was under the direction of Pedro Paz. An outgrowth of a group formed for the 1954 Freedom Festival, the Chorale was organized by George V. Cripps, vocal music director at Jackson High School. The Chorale was reorganized the following year under the guidance of Jackson Junior College, now Jackson College. Mac William Disbrow was selected to direct the group. Many excellent conductors have led the group in the years since 1955, among them being Steven Jones, James Holleman and Thomas Sheets.

Today, the Chorale performs a repertoire from Bach to Bernstein to Broadway. The chorale even had the honor of presenting the premier performance of Jackson native J. Bruce Brown’s composition “Legacy of Vision – Martin Luther King.”

The creation of the Chorale filled a long standing need for a community chorus in 1955, but has gone many steps further since that time. Now an independent non-profit organization, the Chorale has nearly 100 singers who perform works of ever-increasing difficulty, providing an opportunity for talented singers in Jackson to use their voices to promote and present high quality choral music to the community.

We are very fortunate to have a talented Board of Directors to guide the strategic direction of the Chorale. 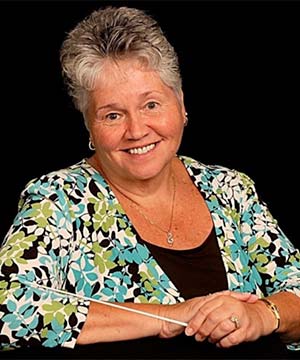 Wendy L. Teacher taught choral music at the secondary level for 33 years with the last 28 at Northwest high School in Jackson. An active adjudicator, clinician, and master teacher and conductor, Wendy has served in numerous positions with Michigan School Vocal Music Association, including President and District 8 Manager (25 years). Her colleagues in MSVMA elected her Vocal Music Teacher of the Year for Michigan in 1993. Wendy has also served numerous terms on the state and division board of the American Choral Director’s Association. She is an adjunct faculty member at Jackson College and has been directing the Jackson Michigan Chorale for over a decade. 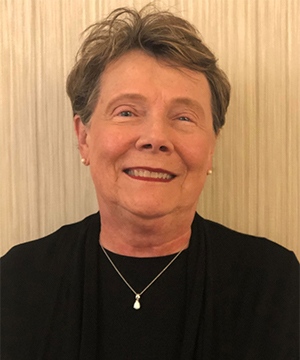 Associate Director of the Jackson Chorale

Anne Conners retired in 2011 after teaching K-12 vocal music for 38 years. A graduate of The University of Michigan School of Music, she studied voice with Elizabeth Mosher and sang in Maynard Klein’s choirs. Anne holds a Bachelor of Music (Music Education) and has done graduate work with conducting emphasis at U of M. Luckily, wherever Anne went for a teaching job, she was able to find a choir to sing with including Ann Arbor Cantata Singers, University of Wisconsin (Marinette) Singers, Schola of the Chapel of the Good Shepherd GTC (New York City), and Vanguard Voices (Dearborn, MI). She is glad to add the Jackson Chorale to that list! 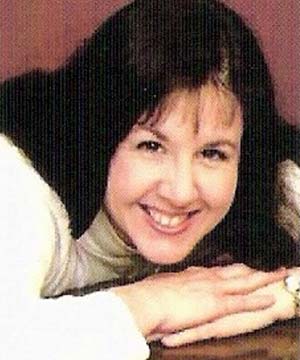 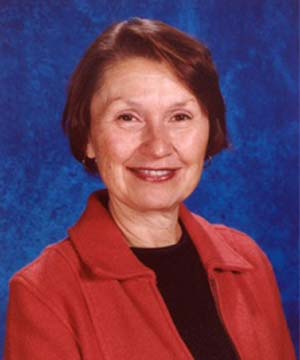 Jackie Livesay has been a music teacher in the Jackson area for more than 20 years. She taught at Jackson Public Schools for many of those years. She also has been a musician for the First United Methodist Church in Jackson for over 10 years, as well as an adjunct organ instructor for Albion College. Jackie has a Bachelor of Music degree from Westminster Choir College and a Master of Music degree from Spring Arbor University. 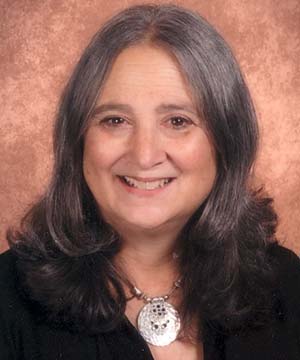 Anne Frank was raised with music as an integral part of her life thanks to her mother, a concert pianist. Anne has been singing in choirs for over 50 years, including the University of Michigan’s Choral Union, Reuben Academy of Music Choir in Jerusalem, Israel, the Ein Gedi Kibbutz Chorale, and is currently a member of the Jackson Chorale and Jackson Chorale Chamber Choir. Currently, she teaches elementary music for the Jackson Public Schools and is substitute cantorial soloist for Temple Beth Israel in Jackson. Anne feels very strongly that all children should have as many musical experiences as possible. Linda Storm received a Bachelor of Sacred Music degree in Organ Performance from Lincoln Christian College, a Master of Arts degree in Worship Studies from Lincoln Christian Seminary, and has taken additional graduate studies in Piano Pedagogy at the University of Illinois-Urbana. Linda taught for 24 years on the faculty of Lincoln (IL) Christian University. She is the accompanist for the Jackson Children’s Chorale and assistant accompanist for the Jackson Michigan Chorale. She currently is an Adjunct Instructor at Spring Arbor University in the School of Music and is the principal organist at Immanuel Lutheran Church in Jackson.